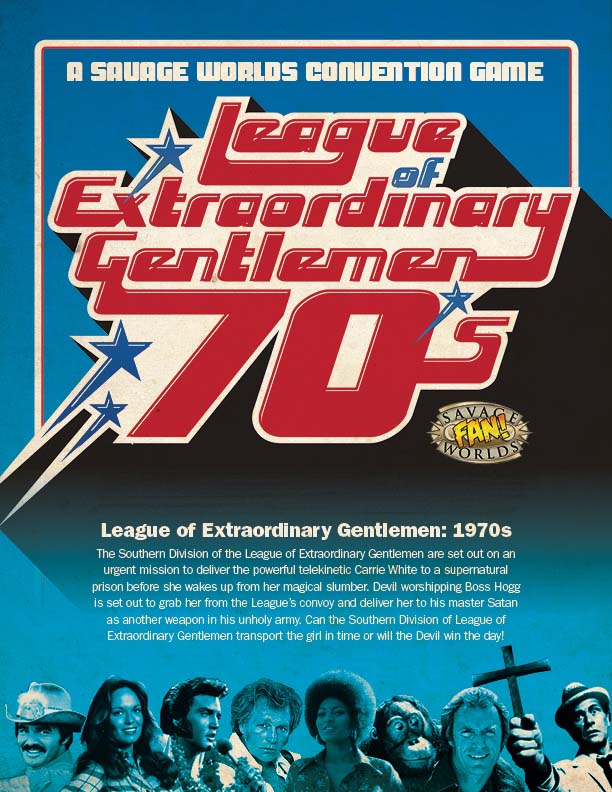 The League of Extraordinary Gentlemen: 1970’s was created for by Karl Keesler for Gencon 2015.
The first I heard of it was in The Savage Worlds GM Hangout podcast, The SBN Hangout, and The Savage Cast. Carl is renowned for doing insanely well themed adventures with lots of graphic design elements. He’s also an exceptional model and miniature painter.
We’ll see how far I get with the miniatures, but I plan to reproduce all of the other design elements from the maps, to the table tents, to the KISS cards, to the 8-track cassette tapes used as Character sheets. 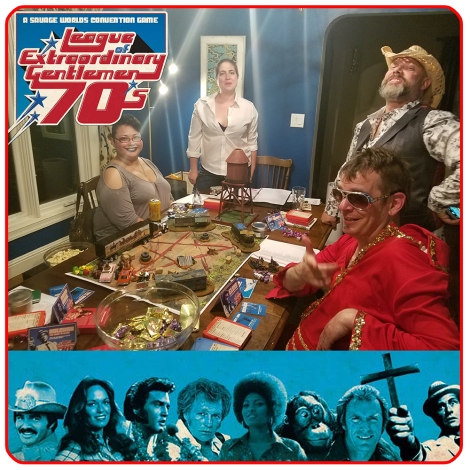 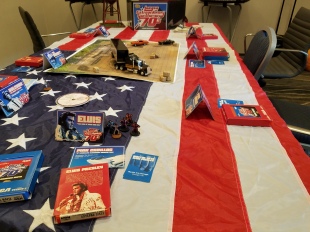 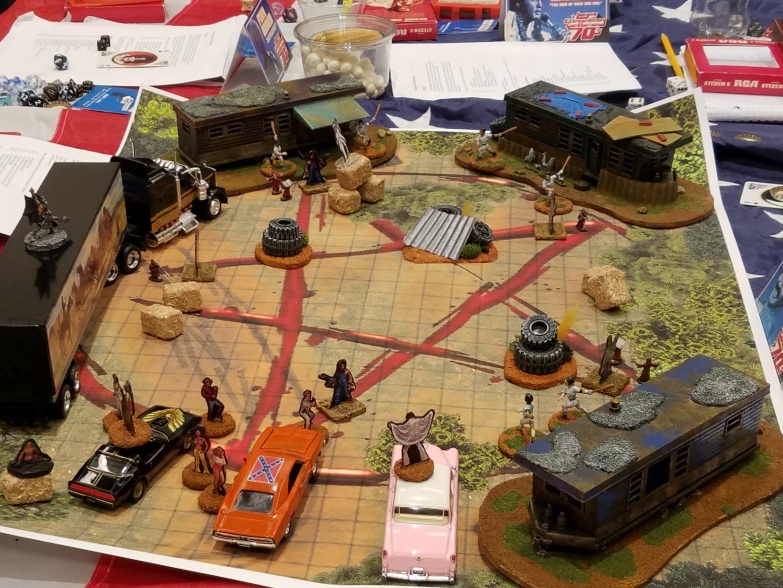 Unfamiliar with Savage Worlds?
You can find most of the basic rules here for free: